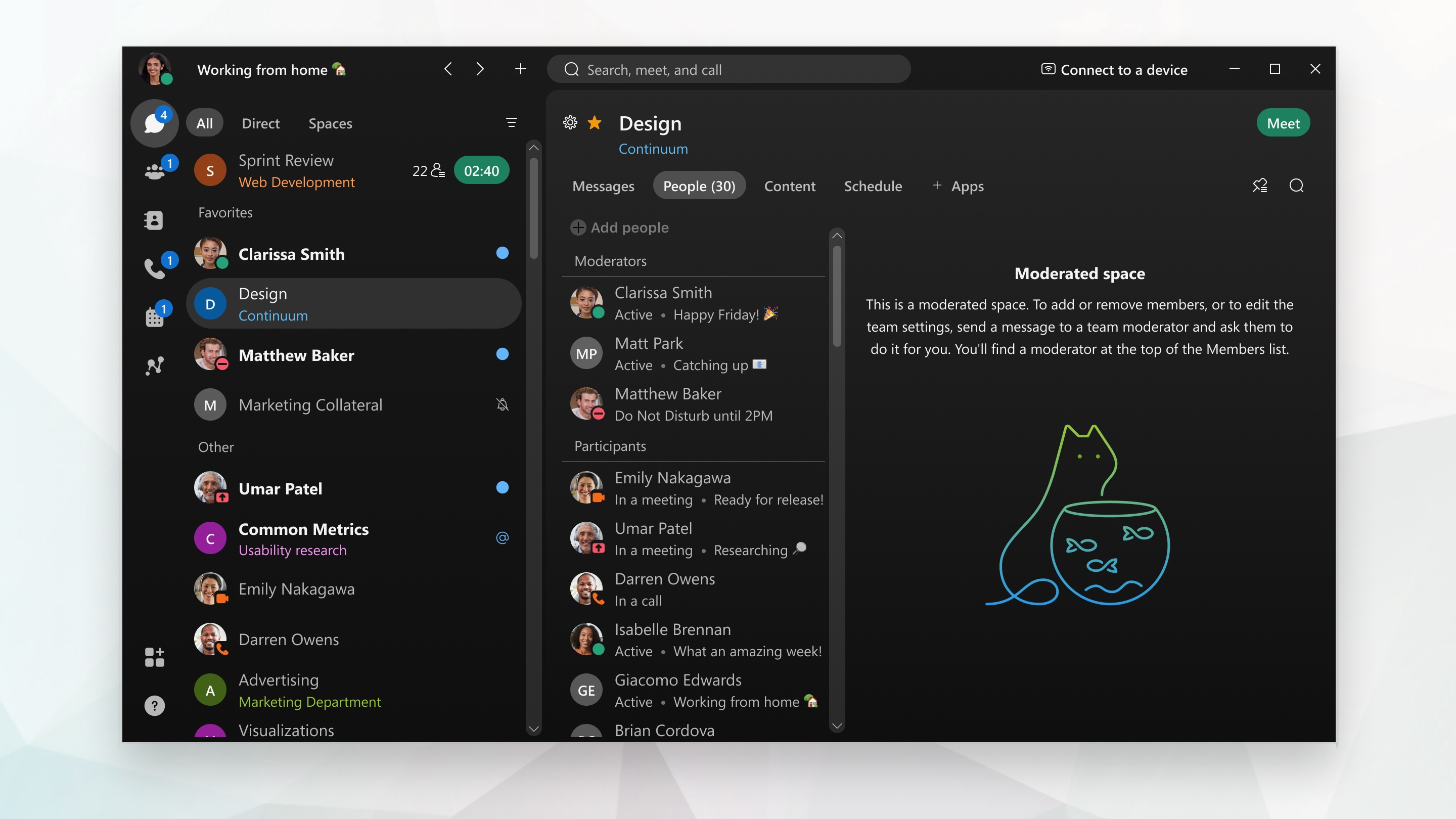 When you belong to a space that isn't moderated, you're all members of the space with the same privileges. You can add people and remove people to the space and change the space name. If you created the team, you're the team's moderator. You control which spaces are available and who belongs to them. When you add people to the team, they are automatically added to your team's home space, General.

If you are a moderator of a space in a team, you see all the moderator settings of the space. This includes the ability to disable @mentions to all members in the space, turn on announcement mode, archive the team space, and remove other moderators.

Terms & ConditionsPrivacy StatementCookiesTrademarks
© 2022 Cisco and/or its affiliates. All rights reserved.