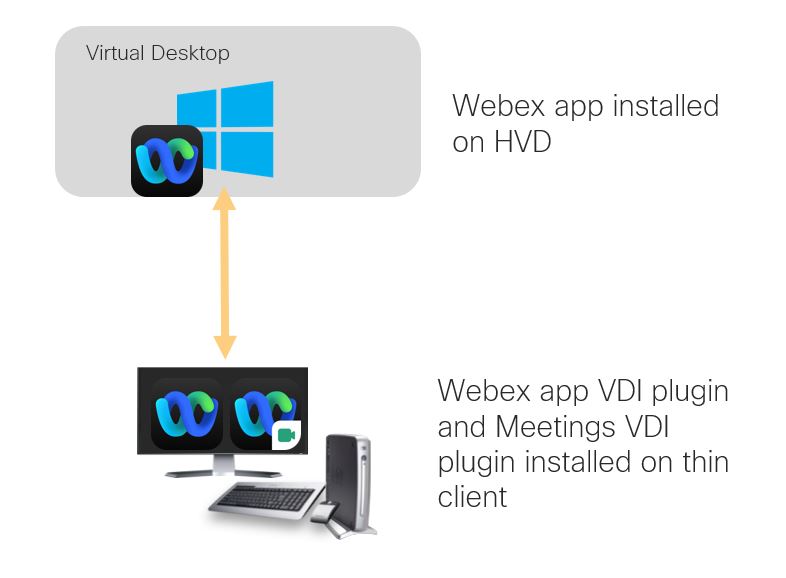 These are the 42.12 thin client plugin versions:

These are the 42.10 thin client plugin versions:

This Webex App version fixes an issue where users who had calling disable would occasionally see missing or blank chats.

These are the refreshed 42.8 thin client plugin versions:

These are the 42.8 thin client plugin versions:

These are the refreshed 42.6 thin client plugin versions:

This version fixes the issue related to proxy settings that could prevent the plugin from starting up on some Linux thin clients.

These are the 42.6 thin client plugin versions:

For newly supported features, see the May 2022 and June 2022 release information in Webex App | What's New.

The VDI solution is aligned with new features of the Webex windows client (UCF Meetings and Calling). The following features are implemented and verified in VDI environment.

This version fixes the issue related to proxy settings that could prevent the plugin from starting up on these Linux thin clients.

These are the 42.2 thin client plugin versions:

This version fixes the issue related to proxy settings that could prevent the plugin from starting up on these Linux thin clients.

These are the 42.2 thin client plugin versions: