Take a look at some changes coming to the Webex App in our November release. You’ll notice we've updated the app with a new look and feel, and added some subtle design changes including new icons, background colors, and rounded corners to onscreen components. 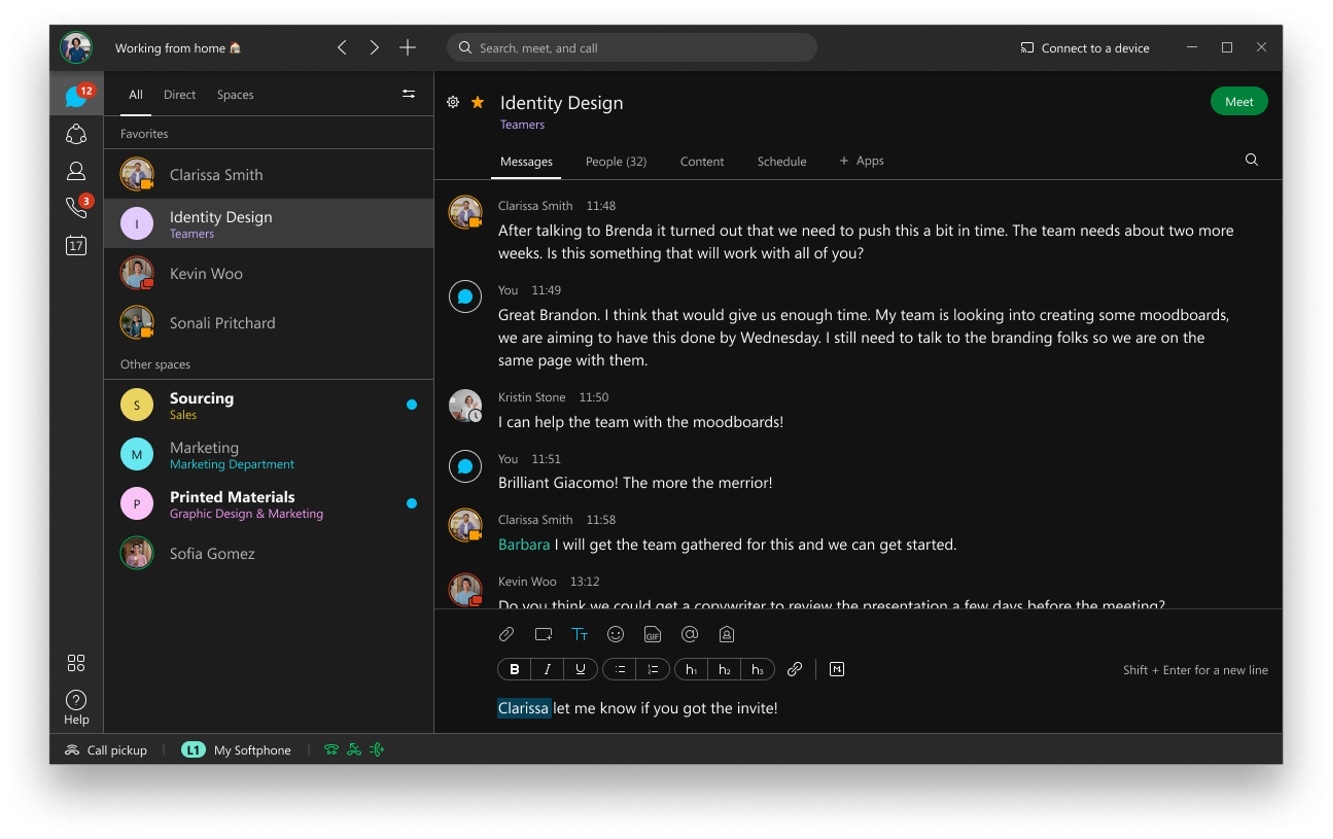 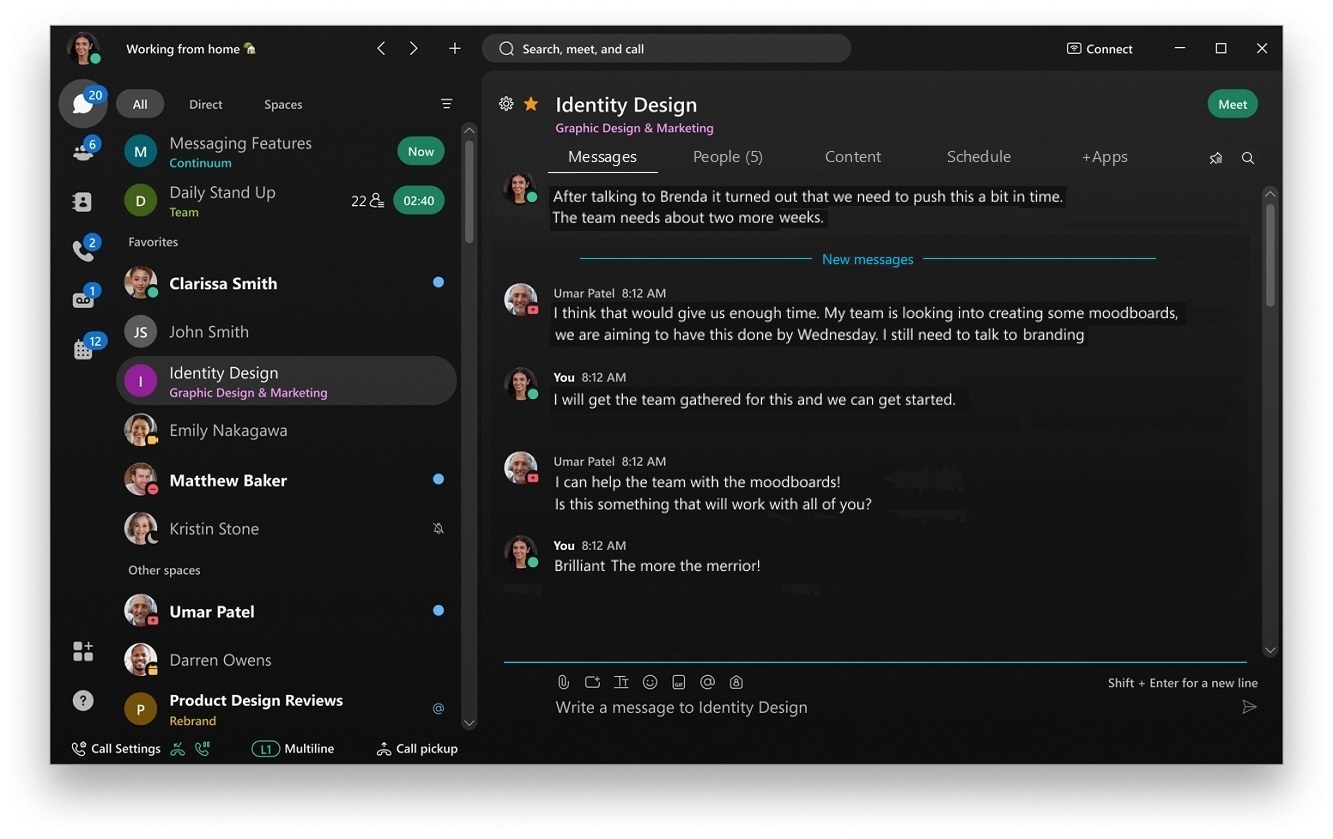 The new Webex App UI is based on the following principles:

The first thing you’ll notice for Webex App on iPad, is the new navigation area:

You'll also see some improvements to accessibility, such as:

Nearly every element in Webex App has seen an update as part of this UI refresh. From input and check boxes to buttons and tabs, we’ve modernized each element in the app. We’ve also taken the opportunity to consolidate the app icons into a smaller more flexible set, which benefits both performance and usability.

Our profile and presence icons have also seen an update. Now you’ll see presence indicated at the lower right of your profile picture with new or updated icons:

We’ve added Indigo and Rose themes, to round out our selection, each theme is available in a dark and light version. Dark mode is still the default theme option, and we’ve given light theme an overhaul.

The main sections of the app have been updated with gradient backgrounds, so these areas now flow together seamlessly, removing the need for harsh divider lines.

Dark mode brings out the best in video, adding a dramatic and cinematic quality to your meetings. We've added a new setting that enables you to view your desktop-based Webex Meetings in dark mode, even if you normally use a light theme.

Always use dark theme is enabled by default as of version 41.11 and can be found in Settings > Appearance (on Mac: Preferences > Appearance).

Terms & ConditionsPrivacy StatementCookiesTrademarks
© 2022 Cisco and/or its affiliates. All rights reserved.