Local Gateway (LGW) is the only option to provide premises-based PSTN access for Cisco Webex Calling customers. The objective of this document is to assist you in building a Local Gateway configuration using CUBE high availability, active/standby CUBEs for stateful failover of active calls.

Before you deploy CUBE HA as a local gateway for Webex Calling, make sure you have an in-depth understanding of the following concepts:

The configuration guidelines provided in this article assume a dedicated local gateway platform with no existing voice configuration. If an existing CUBE enterprise deployment is being modified to also utilize the local gateway function for Cisco Webex Calling, pay close attention to the configuration applied to ensure existing call flows and functionalities are not interrupted and make sure you're adhering to CUBE HA design requirements.

CUBE HA as local gateway requires IOS-XE version 16.12.2 or later and a platform on which both CUBE HA and LGW functions are supported.

The Local Gateway deployment (represented below) is the focus of this article. Local gateway (Premises-based PSTN) trunk in Webex Calling allows connectivity to a customer-owned PSTN service. It also provides connectivity to an on-premises IP PBX deployment such as Cisco Unified CM. All communication to and from the cloud is secured using TLS transport for SIP and SRTP for media. 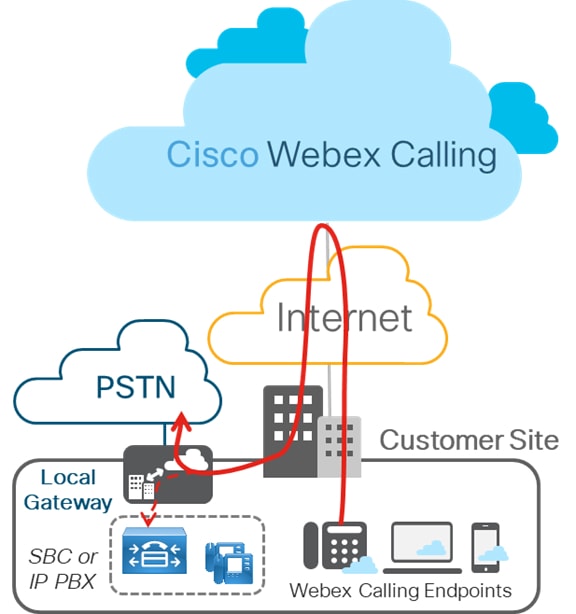 The figure below displays a Webex Calling deployment without any existing IP PBX and is applicable to a single or a multi-site deployment. Configuration outlined in this article is based on this deployment. 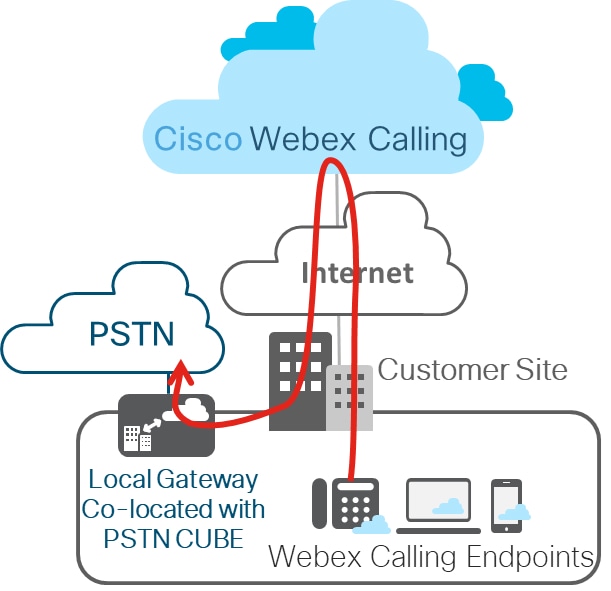 CUBE HA layer 2 box-to-box redundancy uses the Redundancy Group (RG) infrastructure protocol to form an active/standby pair of routers. This pair share the same virtual IP address (VIP) across their respective interfaces and continually exchange status messages. CUBE session information is check-pointed across the pair of routers enabling the standby router to take all CUBE call processing responsibilities over immediately if the active router goes out of service, resulting in stateful preservation of signaling and media.

This RG component has to be specifically configured to support voice B2B HA.

Virtual IP (VIP) Address Management for Both Signaling and Media

B2B HA relies on VIP to achieve redundancy. The VIP and associated physical interfaces on both CUBEs in the CUBE HA pair must reside on the same LAN subnet. Configuration of the VIP and binding of the VIP interface to a particular voice application (SIP) are mandatory for voice B2B HA support. External devices such as Unified CM, Webex Calling access SBC, service provider, or proxy, use VIP as the destination IP address for the calls traversing through the CUBE HA routers. Hence, from a Webex Calling point of view, the CUBE HA pairs acts as a single local gateway.

The call signaling and RTP session information of established calls are checkpointed from the active router to the standby router. When the Active router goes down, the Standby router takes over, and continues to forward the RTP stream that was previously routed by the first router.

Calls in a transient state at the time of failover will not be preserved post-switchover. For example, calls that aren't fully established yet or are in the process of being modified with a transfer or hold function. Established calls may be disconnected post-switchover.

The following requirements exist for using CUBE HA as a local gateway for stateful failover of calls:

Configure Redundancy on Both CUBEs

You must configure layer 2 box-to-box redundancy on both CUBEs intended to be used in an HA pair to bring up virtual IPs.

Configure a Local Gateway on Both CUBEs

In our example configuration, we’re using the following trunk information from Control Hub to build the Local Gateway configuration on both the platforms, VCUBE-1 and VCUBE-2. The username and password for this setup are as follows: 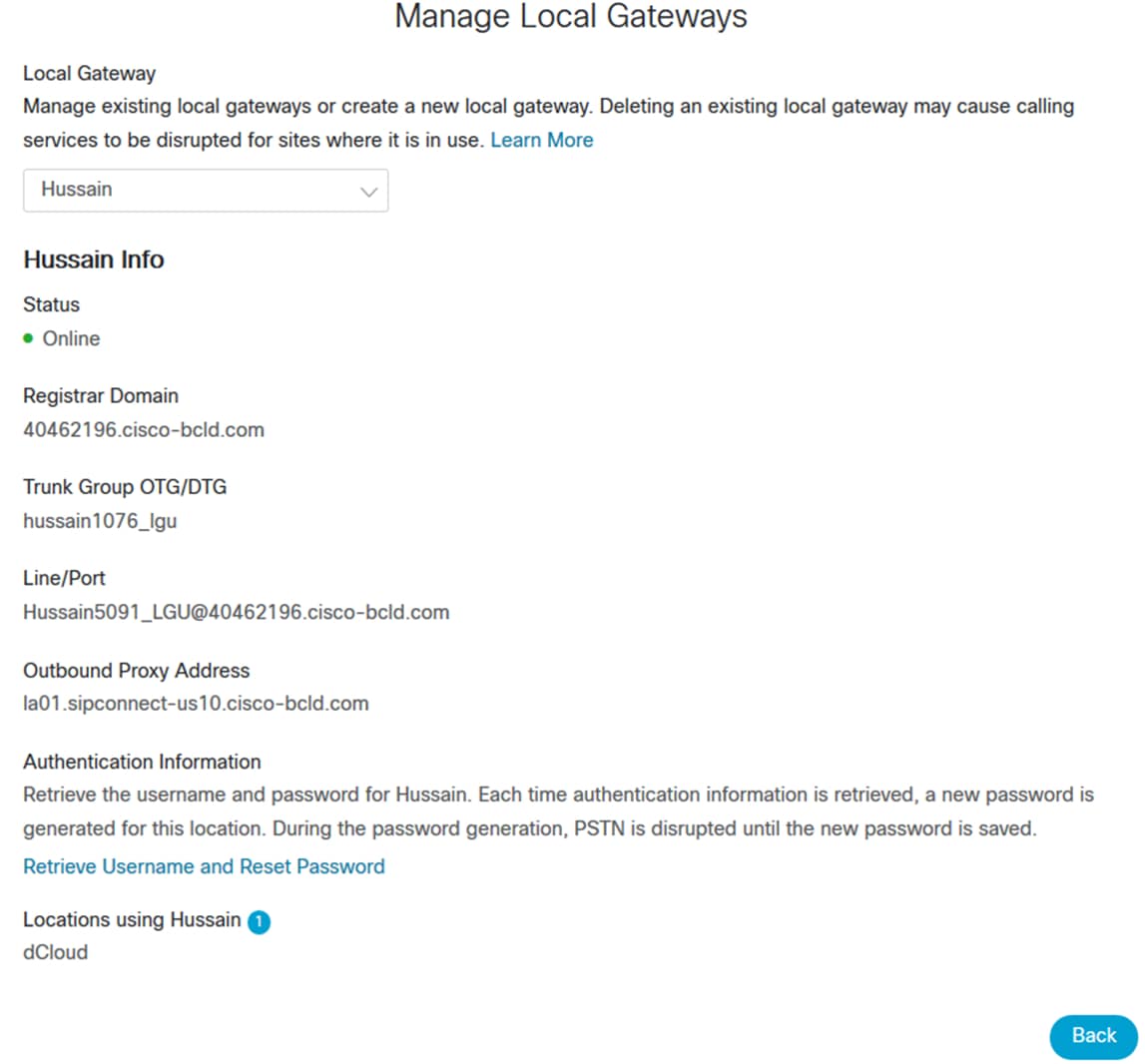